Information about Pablo Russell in Germany:

See the video with Pablo Russell from last years conference >>

Activities held by sundancers or sundance leaders in Germany:

There are sweats and other activities going on throughout the year.

Everyone is very welcome - please go to the specific websites or contact them for more information:

For more information go to www.duebbekold.de >> 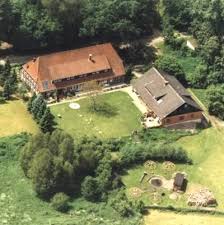 He lives in Dübbekold, where he runs a seminar house with his wife Kirsten.

He has been leading sweats since 1999 and for people interested he runs monthly sweats in Dübbekold.

Joe used to be the leader of the European sun dancers from first Morris Crows “Poor Mans Sundance” later Path of the Buffalo Sundance, run by Pablo Russell.

Today he is one of our elders in Europe.

He met Archie Fire Lame Deer - Lakota chief and medicinman - in 1989 served him as a coordinator until he passed away in 2001, He started sundancing in 1993 at Crow Dogs Paradise, Rosebud reservation, South Dakota, where he danced for 8 years.

In his last year of Sundancing he met the blackfoot leader and medicinman Morris Crow, Spread His Wings and got invited in 2002 into the leadership of his Sundance, called Poor Mans Sundance, Alberta, Canada.

He became the main leader and coordinator for the sundancers in Europe (2003) and when he continued to be one of the leaders of Pablo Russells Sundance, (Path of the Buffalo Sundance)

For more information go to www.duebbekold.de