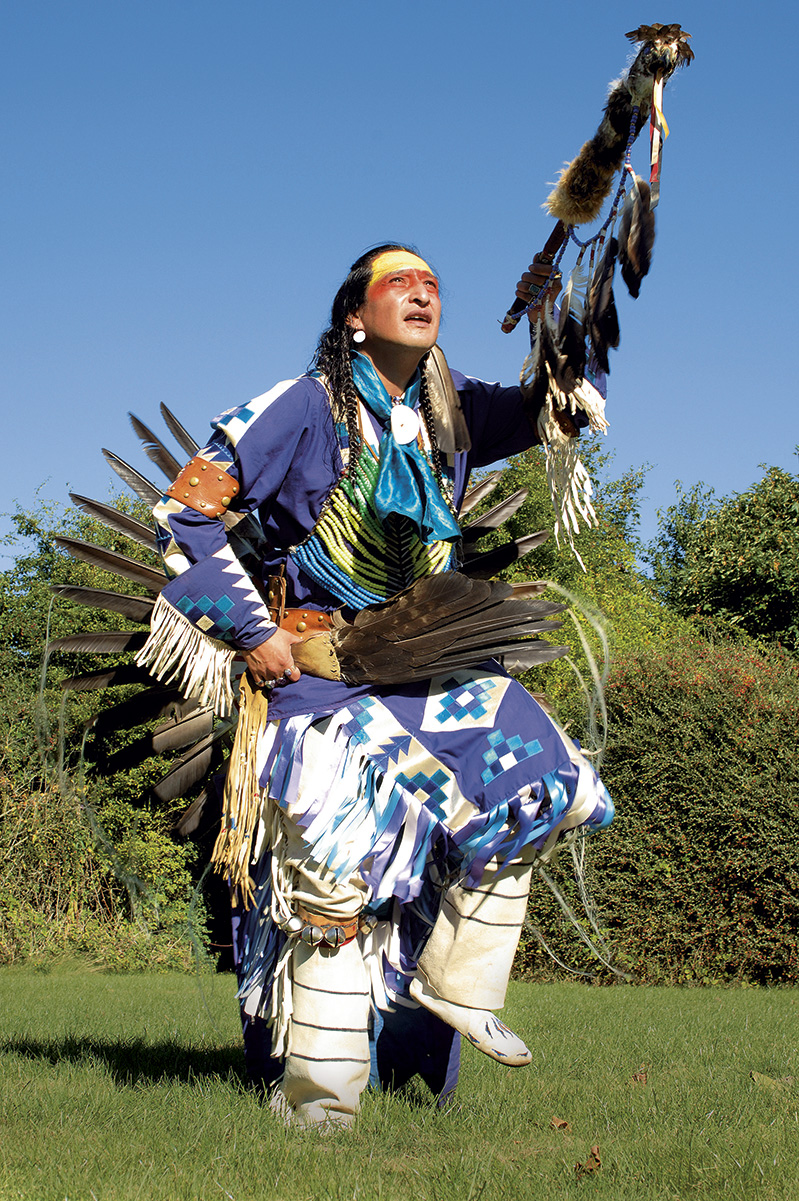 Born in 1966 in "The Blood Reserve" - ​​an Indian reservation in Southern Alberta, Canada.

He grew up in the Blackfoot tribe with his grandparents. They were of the older generation and lived in the traditional way, where also the oral tradition of knowledge and mythologies was an important part - that is why Pablo possess a very great historical and practical knowledge concerning the Prairie Indians' original way of life, and like his grandparents he is an excellent storyteller.

As young he sundanced for 11 years on "The Poor Mans Sundance" lead by Morris Crow, Last Tail Feathers. He continued his teachings in the sundance ways with his teacher Morris Crow, and later got the rights to run his own Sun Dance

In 2007, he started up the Sun Dance "Path of the Buffalo Sundance" - a piercing Sun Dance which is still held every summer. Here he is the spiritual leader of a large group of sun dancers and sundance leaders from both Canada and Europe.

For Pablo the contact to Europe started more than 20 years ago.
He went on his first trip to Germany in 1994 - it was the buffalo who came to him in a vision quest and asked him to go and teach the Europeans about the buffalo and its qualities - since then he has travelled everywhere in Europe, and he is an international speaker and facilitator at esoteric conferences and has done numerous workshops and traditional Native ceremonies for both small and very large groups of people.

Based on the buffalo and the Indian traditions Pablo teaches people about leadership, mental health, personal and spiritual development.

Growing up has given him a very solid foundation in the Native culture's original way of life, traditions and ceremonies, that led him to a job in the historical field - for 6 years Pablo worked as a historian and teacher at the Glennbow Museum, Calgary. Here he dealt mainly with research and teaching.

Today he works for the hospital Elbow River Lodge being a pioneer; With his more than 25 year long study of herbal medicine, he is the first traditional healer hired fulltime by the Canadian government through Alberta Health Services.
Here advises and works in particular with the Natives, and especially in order to connect them to their own roots, because experience shows that it promotes the healing of an illness.

In the evening he works at the correctional institute, Calgary Remand Center, as a spiritual advisor for the inmates.